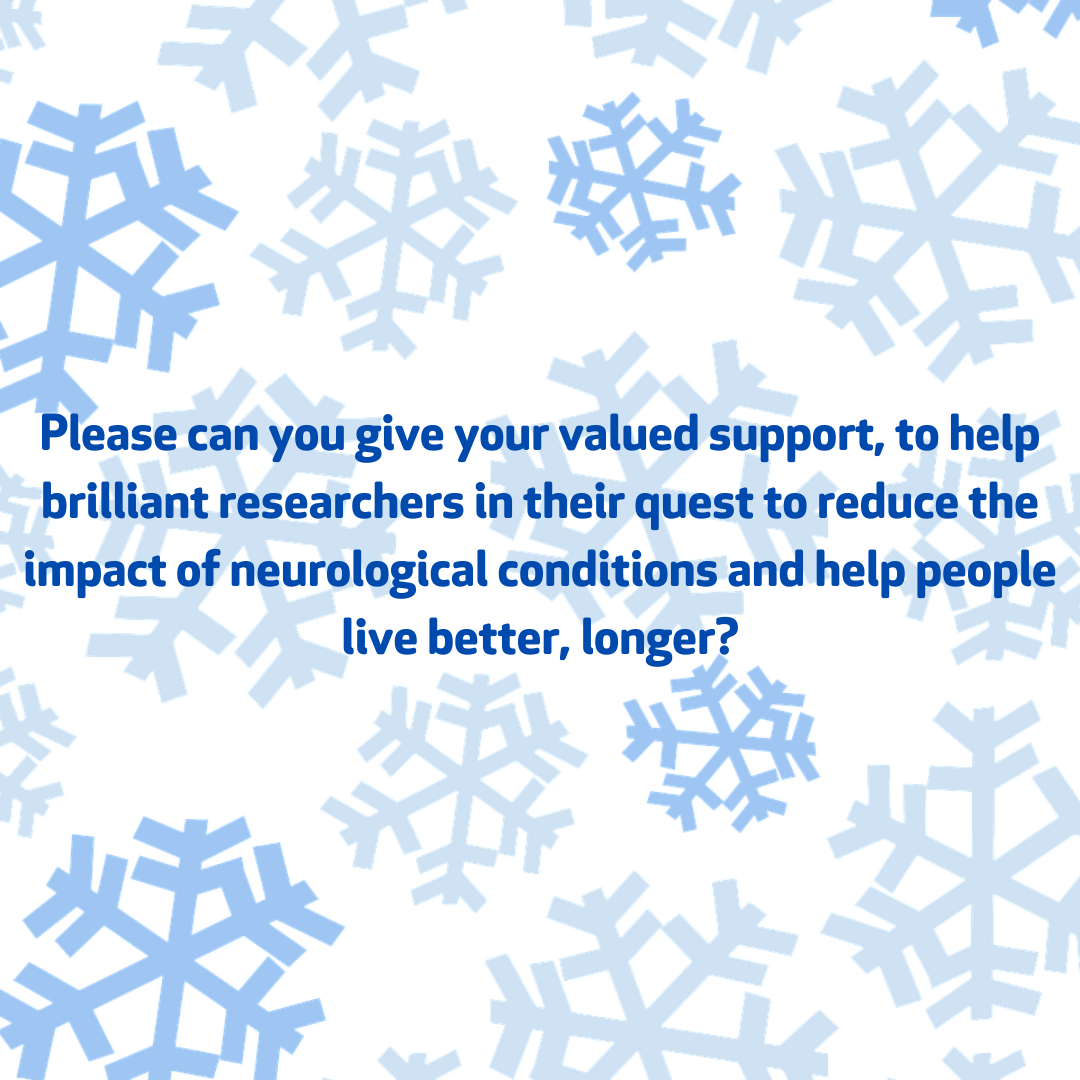 This Christmas, could you give a gift for vital brain research to help people like my son James?

My name is Jane and, as a supporter of Brain Research UK, I am sharing  my story and asking if you can join me in helping ensure important neurological research continues to be funded by making a donation this Christmas.

My son James started having ‘funny turns ’when he was five years old. He was sports-mad and we first thought it might be due to dehydration or that he needed to eat, having burnt up so much energy. We became increasingly concerned as the episodes worsened and so we sought medical advice. After a series of investigations, we were shocked to learn that James had a golf-ball sized tumour in his brain. The tumour had caused him to develop uncontrollable epilepsy.

Nothing prepared us for the challenges that were to follow

Life as we knew it turned upside down. We were under the care of the wonderful paediatric neurology team at King’s Hospital, London. After biopsy of the tumour, we learnt it was a low grade ganglioglioma, a rare slow growing tumour that most often occurs in the temporal lobes of children and young adults and commonly causes seizures. The doctors opted for a ‘watch and wait’ approach as, at that stage, with the tumour not growing, the risks of brain surgery outweighed the risk posed by the tumour.

The stress and anxiety for James was unbearable‍

I cannot tell you precisely how may trips we had made for scans, assessments, telemetry and outpatient appointments… so many I lost count. James was a far from willing or obliging patient. The stress and anxiety for him was unbearable and he offended and insulted most of the long-suffering staff we met.

The strong epilepsy medication, combined with relentless seizures, affected James’s memory and his personality. Some days he could read a sentence, whilst other days he struggled to read the word ‘and’. He missed years of full-time school, struggled with friendships and had to give up his beloved sport because he felt so unwell.

After years of ‘watch and wait’, it was time for surgery

After six years, doctors eventually decided that the damage being caused by the epilepsy now tipped the balance in favour of surgery. The benefits of removing the tumour now outweighed the risk of surgery.

In October 2017, James underwent nine hours of brain surgery. Most of the tumour was finally gone.

The difficult road to recovery

The journey our family has taken has been tremendously hard. I cannot pretend the experience has not taken its toll on me, my husband and my older son, Harry. James has been a nightmare patient! He is funny, kind and loving but the dark side of his recovery has been monstrous behaviour and mood swings.

The social isolation for us as a family has also been a challenge, but understandable: the mix of pain, shame and anger that I felt when people approached us with complaints about his reckless behaviour or abusive language; the stares and the judgment felt when chasing him across cafes and restaurants when he had a meltdown. It became easier to stay at home.

James is now 13 and we are all relieved that he is living the normal life of a teenager. Only on a low dose of epilepsy medication, he is managing well and without seizures.

If it weren’t for the research funded by charities like Brain Research UK, many of our loved ones would not be alive today. The more funding the charity receives, the more lives can be improved and saved in the future. I feel what I do to support the charity is a drop in the ocean – but just look at the ripple that comes from one drop.

Thank you for taking the time to read my story. It feels strange to be sharing all of this with you. But it’s at this time of year that we stop and thank the people who are there for us all the time, and those that are fighting our corner without us even realising, like the scientists, doctors and supporters like you who help fund research that aims to change and improve the lives of people like James.