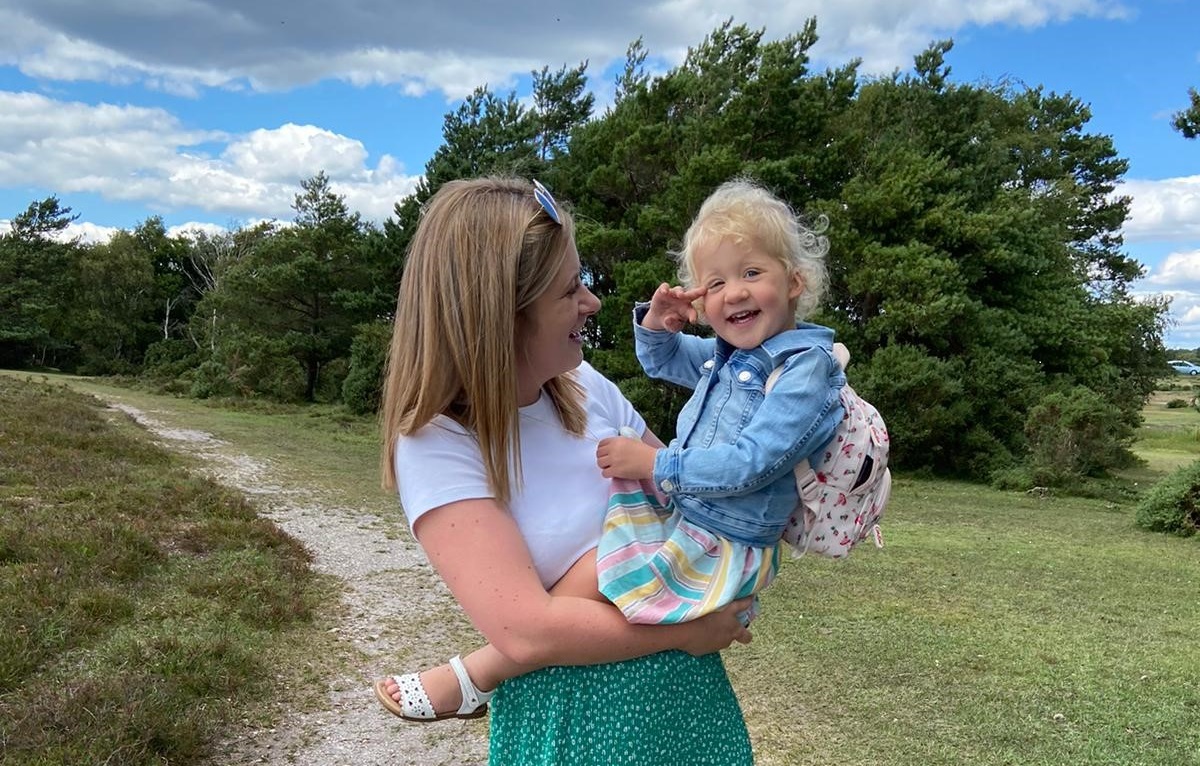 In 2015, whilst on holiday in South Africa, Jessie suffered a traumatic brain injury. She unexpectedly passed out, which caused her to fall to the floor and hit the back of her head on the corner of a tiled step. No one knows why Jessie passed out, it had never happened before.

The accident caused a subdural haematoma – an accumulation of blood, like a bruise, between the brain and skull. With nowhere to go, the accumulating blood puts pressure on the brain, causing life-threatening damage.

Jessie was a Glasgow Coma Scale 3 when she arrived at hospital; this is the lowest possible score and is associated with a slim chance of survival. She had surgery to drain the bleed and was put in an induced coma. Whilst in the coma she suffered a further bleed that led to more surgery.

Jessie was in a coma for three weeks in South Africa but, against the odds, she regained consciousness and was able to fly back to the UK eight weeks later. During a year of rehabilitation, she had to re-learn how to do simple tasks, including walking and feeding herself. She recalls how difficult this was:

I was lucky enough to make a full recovery and have no lasting effects but I would say my injury has changed me as a person. Whether that’s because the injury to my brain has caused a slight personality change or it is just living through an experience like that, I’ll never know.

This period in Jessie’s life has taught her a lot but mainly that there is so much about the brain that we do not know, which is why she is keen to raise awareness of the need for research. She now has a three-year old daughter and wants to ensure that she grows up knowing her mum’s story and knowing that anything is possible. In October 2020, Jessie took part in the Virtual London Marathon and ran 26.2 miles over the course of 24 hours, raising almost £3,000 for vital brain research.

I have a real connection with Brain Research UK and understand the importance of research funded by the charity. If research could not be undertaken, my story could be very different.

Jessie was lucky to survived the severe injury caused by her fall, and fortunate to have made a full recovery. Many are less fortunate.

Traumatic brain injury (TBI) is the leading cause of death and disability in young adults in the developed world. There is great and inexplicable variability in outcome between individuals with overtly similar injuries and it remains difficult to predict outcomes.

Research into brain and spinal cord injury is one of our three priority research areas, reflecting the huge unmet need in this area. With the help of people like Jessie, we are funding research to help understand how to repair the brain and spinal cord after injury, to minimise the impact of these injuries and enable those affected to live active, independent lives.

Professor David Menon at the University of Cambridge is focused on the immune response to severe brain injury. He has found evidence that some TBI patients develop antibodies against their own brain cells, and that these antibodies could contribute to brain damage and lead to a worse outcome. His team is screening a larger set of patients to look for evidence of these ‘autoantibodies’ and see how this correlates with outcome, with the hope that in the future, drugs can be used to focus the immune system on healing the injury. Read more.