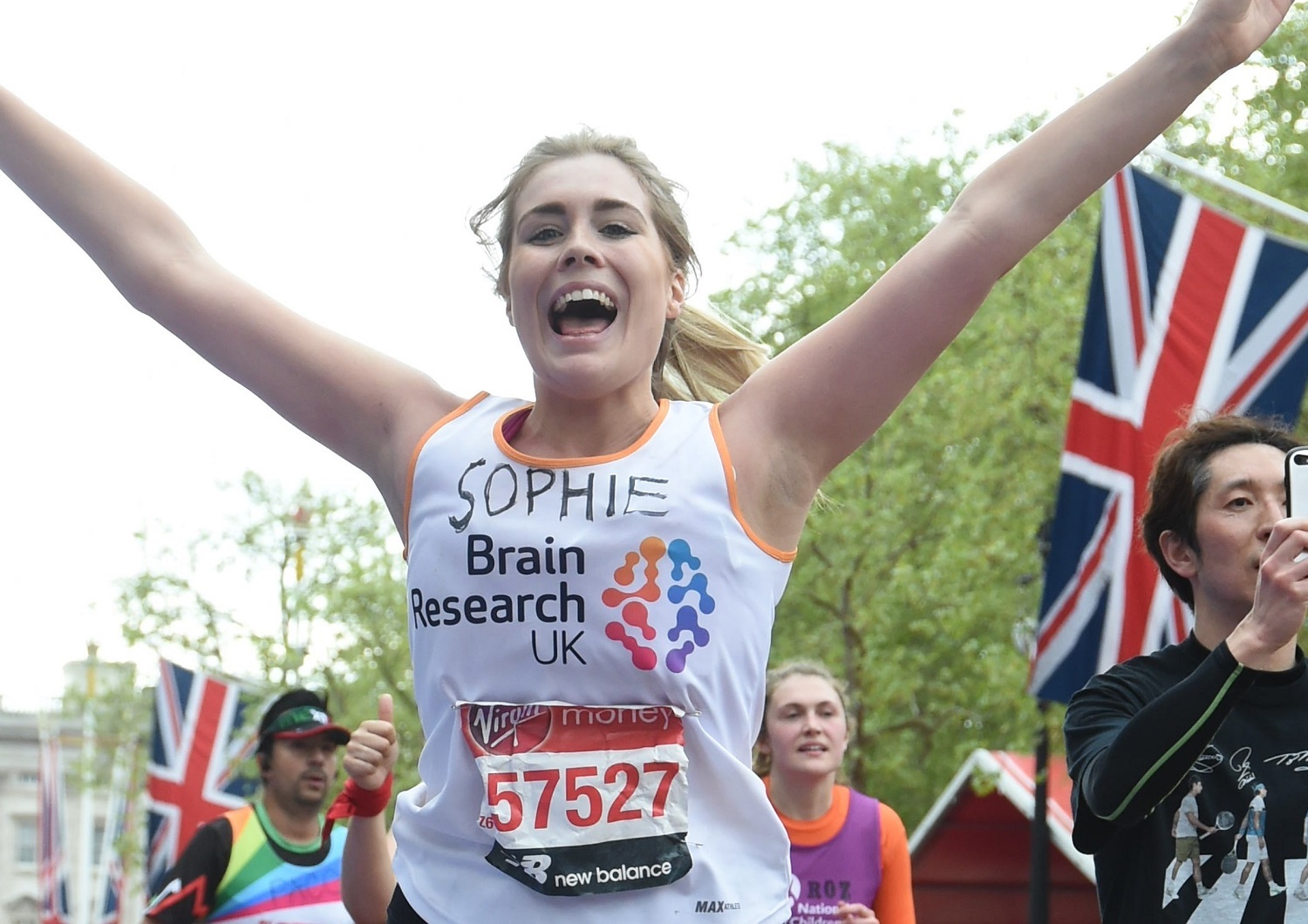 In February 2017, Sophie was out with friends when a stumble left her fighting for her life.

She recalls how, wearing 'dodgy shoes', she stumbled and fell back, hitting her head on the concrete floor. After that, her memories are patchy. She remembers being in the toilet with friends, with blood coming from her head. Then nothing until she woke up in a specialist neurological care unit several days later.

Doctors were shocked at the severity of the damage

The blow to Sophie's head had caused bleeding between the brain and the skull. In this situation, in the enclosed space of the skull, the blood has nowhere to go and accumulates forming a subdural haematoma. Left untreated, the blood continues to accumulate, putting pressure on the brain and potentially causing irreversible damage.

Sophie had three subdural haematomas and later learned that doctors had been shocked at the severity of the damage to her brain. They had not expected her to survive. Remarkably, after only two weeks in hospital, she was ready to be discharged.

But, a few weeks later, Sophie woke one morning to find that she couldn't see.  Her vision had completely gone. She was terrified. Although her sight returned after 20 seconds or so, the same thing happened the next morning... and the next.

Sophie initially turned to an optician for advice but was sent straight to A&E, from where she was admitted back into hospital. She was diagnosed with papilloedema - a condition in which the optic nerve at the back of the eye becomes swollen, and a sign of increased intracranial (brain) pressure. She underwent twice-daily lumbar punctures to drain the fluid from her brain and relieve the pressure in her head, and was closely monitored for a week in hospital before returning home. She was put on medication to control her intracranial pressure and, after a few months, the visual disturbances stopped.

Living with the consequences of a traumatic brain injury

Whilst Sophie was able to return to work two and a half months later, and resume normal life to a large extent, two problems persisted - memory loss and loss of her senses of smell and taste (known as 'anosmia'). She was told that these problems would be a permanent consequence of the damage to her brain.

"Coming to terms with the fact that I would probably never smell or taste again was very difficult at first. When I left hospital, I made one promise to myself - that from now on, I would make the most of every opportunity that came my way, and never focus on the negatives the injury had brought me. Positivity was a key factor in enabling me to bounce back to the person I was before."

Traumatic brain injury is the leading cause of death and disability in young adults in the developed world. The degree of impairment varies enormously between the survivors of these injuries, but many are left severely disabled and need long-term rehabilitation to maximise function, independence and quality of life.

Brain Research UK is prioritising research into traumatic brain injury - to address the large unmet need for a better understanding of the mechanisms underlying these injuries, and how they can be repaired.

Sophie is directly helping. In April 2019, just two years after her injury, she ran the Virgin Money London Marathon as part of Team #BrainResearch. She raised the incredible sum of £5,600 towards the team's overall total of £469,000.

"One of the first goals I set myself after my accident was to run the London Marathon for Brain Research UK. Focusing on the training and raising funds for the charity enabled me to leave behind the trauma of my brain injury. Running through the finish line knowing that I had completed a marathon and had raised funds that would change lives was the best feeling I'd ever felt. The charity was so amazing in providing support to me throughout the whole year and in the lead up to the event."

The funds raised by Sophie and the 2019 marathon team are already being put to good use. One project supported by marathon funds is being led by Professor David Menon at the University of Cambridge. His team is looking at how the immune system responds to brain injury in light of evidence that the immune response may compound the initial damage in some patients, leading to a worse outcome. Professor Menon, an intensive care doctor, wants to understand more about the mechanisms of this response, how it affects recovery, and how it could be prevented or treated to improve outcomes for brain-injured patients. Read about Professor Menon's research.