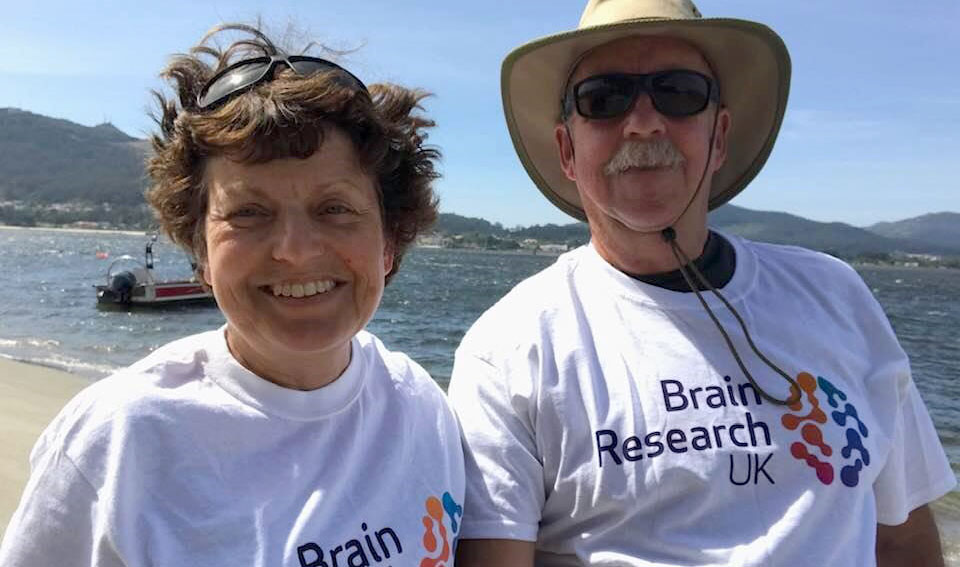 After their dear friend Bernadette died from a brain tumour in 2018, Gary and Victoria decided to walk the Camino de Santiago to raise funds for brain research. They reached Santiago De Compostela on 4th June, after 280 km and 13 days on the trail, smashing through their original fundraising target of £1,500 to raise almost £3,000!

A personal motivation for a major challenge

Gary and Victoria's close friend Bernadette was diagnosed with an aggressive brain tumour in 2017. Despite aggressive treatment, which included chemotherapy, radiotherapy, surgery and participation in a clinical drug trial, Bernadette died in November 2018, just over a year after diagnosis.

The motivation for the Fishers' journey was Bernadette's strength and resilience during her illness. They were determined to raise funds to help support brain research, in memory of their friend and in support of all those affected by brain conditions.

"Bernadette was a very special person - caring, kind, full of fun and loved by all around her. She was always there for everyone with hands on help, a listening ear and advice in all of life’s situations both in her personal and professional life. Professionally she supported children and families that needed it most and was hugely respected for this. She truly was one of a kind. Bernadette's death continues to be felt by her family and friends."

Gary and Victoria embarked on their journey on 23rd May, setting out from Porto, and walking along the coastal Camino in Portugal before turning inland to cross the border into Spain and heading to Santiago. Thoughts of Bernadette kept them going, through the various challenges they faced along the way - high temperatures, rain, hills, blisters, aches and pains. They were also spurred on by the great camaraderie shown by other pilgrims they met along the way.

13 days later they arrived in Santiago De Compostela, where they collected their certificates and attended the Pilgrims' mass, an experience they found quite overwhelming.

"Well we made it at last. 280 km walked, climbed the odd mountain and hill. Met some really kind and helpful people along the way. I think for us it was a really great experience to challenge yourself. It also shows that if a 68 and 63 year old can carry everything they need for such a journey then it is possible for anyone to do it, you just need to believe in yourself and have the will to succeed."

"Bernadette was always in our thoughts on this pilgrimage, as were all those who are no longer with us."

Our heartfelt thanks to Gary and Victoria for raising money for Brain Research UK through undertaking this amazing Pilgrimage, in memory of Bernadette.  We have loved hearing about their inspiring journey and are so very grateful to all their friends, family and colleagues who generously donated and in so doing smashed their fundraising target.